If you’re taking the first steps to file for divorce, don’t be surprised if somewhere along the journey you run face first into a deep-seated misconception you’ve unknowingly assumed about the process. If you find yourself in this situation, don’t fret—it happens all the time. Movies, unreliable online sources and even word-of-mouth stories about other people’s experiences will inevitably plant flawed notions in our minds of what our divorce experience should and will look like.

Family law can be complicated, and no two divorces cases are the same; because of this, people may find that an expectation they believed to be a concrete fact, or even a right, is actually far from the truth. While this is not uncommon, it can be painful lesson to learn in the midst of your divorce. Below are some common divorce myths people often presume to be true:

Despite popular belief (or perhaps wishful thinking), the court will rarely consider ‘marital misconduct’—such as infidelity—in the division and distribution process of marital estates. While it certainly feels personal and probably seems it should warrant some sort of sanction, Oregon and Washington state are “no-fault” divorce states, meaning the court is not concerned with the reason why the marriage ended, but rather that assets be divided fairly moving forward.

This stands for child custody as well; while infidelity certainly makes a spouse an unfit partner, it doesn’t necessarily make them an unfit parent. Unless the court believes certain misconduct to have a direct negative effect on the safety or well-being of your children (such as using drugs during parenting time or physical abuse)—they likely will not consider any accusations of cheating in their decision process, whether those accusations are true or not.

Myth #2- I Can Deny my Spouse a Divorce

It’s not uncommon for one spouse to desire a divorce before the other has come to terms with the impending separation, but the fact is that no person has to stay in a marriage if they don’t desire to, no matter the rationale. This circles around to that “no-fault” term mentioned earlier. While no-fault may hinder someone from seeing their cheating ex receive that deserving punishment in court they were so hoping for, it also eliminates the process of finger-pointing and having to prove that your spouse has done something to warrant your right to leave them. There doesn’t have to be a big falling out, or a “good enough” reason to get divorced—if you’re unhappy due to irreconcilable differences, you legally have the right to leave, whether your spouse likes it or not. Not so bad, right?

So, with that being said—no, your spouse absolutely cannot stop you from getting divorced. While stepping into marriage is a two-person decision, the decision to step out and pursue a divorce is not. Granted, your spouse can certainly make the process more difficult than it needs to be by refusing to sign papers or being challenging and disagreeable (this is called a contested divorce), but rest assured that the process can and will continue to move forward if you desire it to.

If you were to look back and calculate the outcomes of every Oregon custody case in history, there would be no denying the fact that mothers have historically had the upper hand in winning primary custody of children—by a landslide. Legally, mothers and fathers have equal claims and should have an equal chance of winning primary custody, but between human biases and a mother’s tendency to be available and thus bond to a young child, custody battles historically have not had equal outcomes. While this may be true of the past, the present testifies to a changing tide in the court system. More and more often fathers are winning sole or joint custody of their children. So, what’s prompting this change?

For starters, modern American culture is in the midst of a battle against outmoded gender roles and stereotypes. The historical family dynamic of the “working father and stay-at-home mother” is shifting. There is increasing variety from family to family on household roles and vocational expectations, and thus division of parental responsibilities has shifted as well.

This being considered, it’s the court’s primary responsibility to ensure that a custody arrangement is created that will best suit a child’s needs. Gender aside, the court cares more about which parent can provide the most stable and healthy environment for their children. There are certain factors the court will consider when deciding what is in the best interest and welfare of the child, such as: emotional ties between a child and their parent, the interest and attitude each parent has towards their child, a parent’s willingness to facilitate a healthy relationship between their ex and their child, and which parent has been and can continue to be the primary caregiver. Historically, women filled many of these roles in most households, but with changing family unit dynamics, a father can assuredly be the more adept and capable custodian of their child.

Every person inevitably has at least one misconception about divorce, which is why it’s important to have a knowledgeable attorney to help you navigate the complicated waters of marital dissolution. The lawyers at Pacific Cascade Legal are well trained in the complexities of family law and are ready to fight for your better tomorrow.

Contact us today to set up an initial consultation! 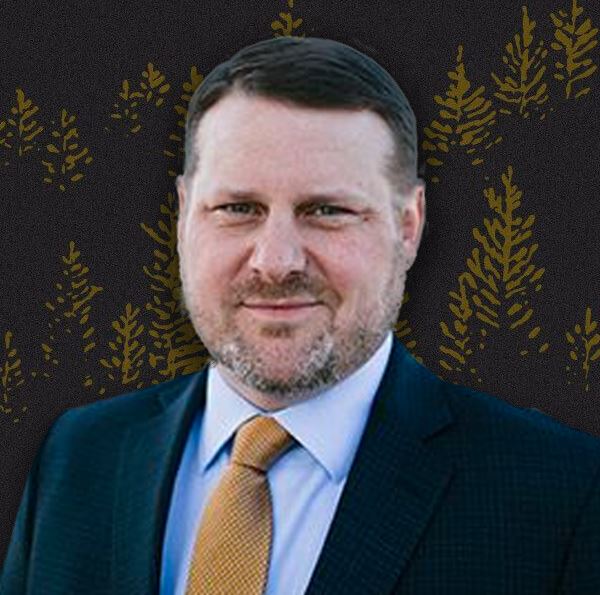 Visit his bio to learn more about how he compassionately helps his clients.

How To Say You Want A Divorce